During the 27 years I have been helping other people attain greater success, I’ve found the one thing that separates achievers from those who continually rely on excuses and blame is that the people who flourished merely took some positive action — and made it a habit. There’s one simple, enduring reason why people get to the place they want to, and it’s called continuum.

Continuum is a constant process of forward movement. It doesn’t matter how small those steps are or how slow the progress; it’s something that happens every day, without fail.

That means being proactive at all times.

Think back to the last time you made a New Year’s resolution. The prospect of fulfilling the objective at some point during the year was exciting. But at the end of the year, when you hadn’t achieved the goal, the voice in your head simply said, “It’s OK; there’s always next year.” I know people who have been saying that to themselves for most of their lives. I can’t imagine a life so deeply unfulfilling.

To avoid that regret, the first step is to make yourself accountable by sharing your goal or objective with another person. This should be a person you trust to be honest with you — someone as committed as you in the pursuit of a great outcome who will not take “I can’t” as an excuse. When we become accountable for our actions, we are more than five times more likely to keep going, even when things are tough. It’s because we don’t like letting other people down, though we are quite happy to secretly do it to ourselves.

To support that, I recommend writing down goals (big or small, long-term or short-term) on postcards. One goal, one postcard. With one catch: Each goal must be written as if it has already happened, and you must describe how you felt when you achieved that particular goal.

For example: “That 30-minute walk on the beach today was absolutely exhilarating. I loved it.”

Compare that to: “One of these days I’ll make it out of bed and go for a walk on the beach.”

Not quite as inspiring, is it?

With this technique, you’ll start to notice a big difference in your attitude and approach in as little as 30 days. Once you’ve achieved a goal, simply replace it with another one.

Another of life’s challenges is to actually start the process, something people often don’t do because the task is daunting. They might say, “I want to lose 24 pounds,” but then don’t start because 24 seems like a big number. If they break the goal down into really small pieces though, there’s no reason a start can’t be made and — usually before we know it — we’ve achieved what we originally thought was impossible. 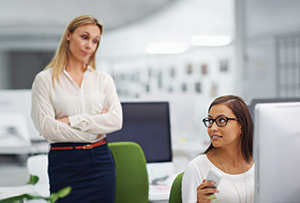 The best way to achieve tasks on a daily or weekly basis is to take the “7-day sprint” challenge. This is a simple but highly effective technique designed to completely change your attitude toward the fulfillment of your objectives.

First of all, draw a rectangle on a piece of paper and divide it into six equal segments, using two vertical lines and a horizontal line. In the top, left-hand corner of each box you should write the following words: Mess, Laugh, Talk, Walk, Fun and Me.

In the “Mess” box, write down the one thing you’ve been meaning to do for ages but never quite got around to doing, probably because it was such a small, insignicant, easy-to-achieve goal. It might be tidying a drawer or changing a broken lightbulb — but it’s the thing that’s been driving you mad for weeks or months because you never quite found the time. You’ve got seven days to achieve the goal to be able to tick the box.

For each of the other goals, write down one thing you are going to do in the next seven days which corresponds with that box’s subject matter.

Once you’ve achieved all of your goals, you get to reward yourself in whatever way you wish. Maybe your favorite TV show or a chocolate bar. We all need to be rewarded for achievement; it’s what keeps that self-doubting voice away!

Once you get really good at this, you can increase the number of boxes to nine or even 12. Or, reduce the number of days from seven to five — or even to one, if you are really serious about getting to wherever it is you want to in life. The subject matters of the boxes can change week by week, and you don’t have to use these examples.

But there should always be a “Mess” item and five other specific goals, and you need to be clear about the prize you are going to claim when you achieve your objectives. Repeat this regularly, and you’ll be absolutely amazed at how quickly you get from one place to another. 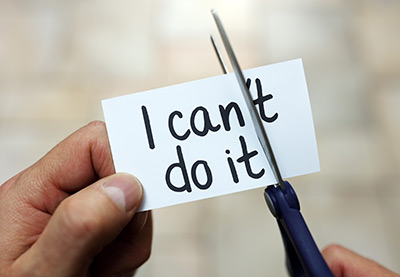